Skip to content
I cant remember how many times I have visited Malacca, since my school days and now when traveling on my official duty. When we talk about the history of Malacca one will never forget A Formosa, the remains of the entrance to the Portuguese fort. However this time i had the opportunity to see something new, the Bastion Santiago, which was discovered during the construction of Dataran Pahlawan nearby. The bastion is about 100 metres away from the A Formosa. 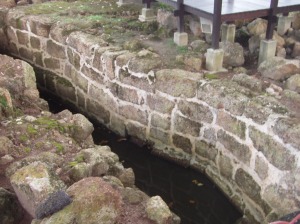 Like Loading...
Labuan is an island that was once part of Sabah and ceded to the Federal Government in 1984 converting it into a Federal Territory (other Federal Territories are Kuala Lumpur and Putrajaya). The island