Skip to content
Labuan is an island that was once part of Sabah and ceded to the Federal Government in 1984 converting it into a Federal Territory (other Federal Territories are Kuala Lumpur and Putrajaya). The island 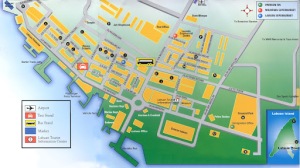