Like Loading...
The second friendly match between Manchester United against Malaysia XI. The match is to replace the scheduled game to be held at Istora Senayan, Jakarta. Manchester United cancelled their Indonesia leg of the Asian tour on security ground. This is in the wake of the attack on Marriot and Ritz Carlton.
Man U won the first match 3-2.
I walk around the stadium to see the atmosphere before the match. Man U fans do over power Malaysian fans if colour and replica jerseys are taken into consideration. 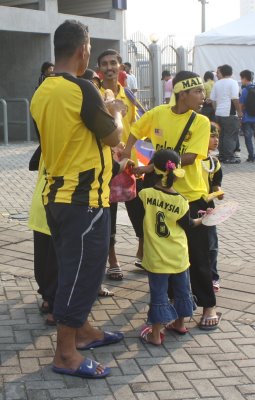 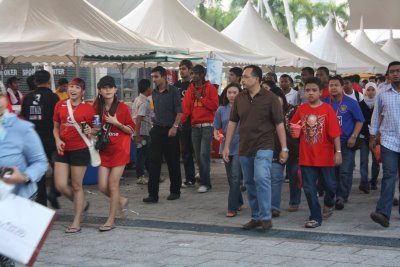 Fans from both teams approaching the stadium. 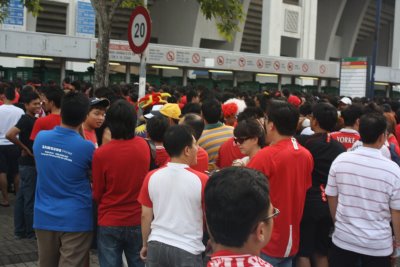 Waiting patiently to enter the stadium even at 5.30 p.m.

Fans at the official merchandise booth

Something sweet and something different. Drink will surely be sweet even with less sugar. When asked they said they are just “Penyokong Malaysia”