My first visit to Labuan was in 1975 when I was a trainee at Gaya Teachers College in Kota Kinabalu. Together with my college mate, we fly on MAS Fokker Friendship F50 from Kota Kinabalu Airport to Labuan Airport. Labuan town was known as Victoria then. During that visit, I can still remember the we stop at a Malay barbershop at the roundabout on Jalan Merdeka, near the Labuan jetty now. The barber shop was owned by the father of our college friend who invited us to Labuan. The barber shop is no more at the location now but in its place is the Hong Leong Bank. 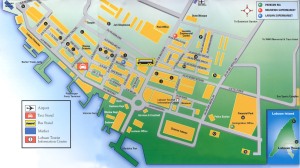 This picture below is the mentioned roundabout. Compare it with the Labuan Town map above. The barber shop I mentioned is somewhere near the tree on the left side of the photo. Of course the roundabout then was smaller than what can be seen today. 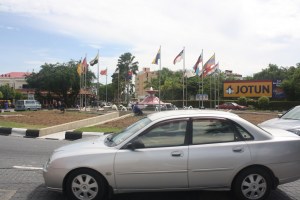 Another landmark that I can still remember is the Victoria Hotel. I am not sure whether it was the only hotel in the town then since we slept in our friends house. The hotel is depicted on the photo below. 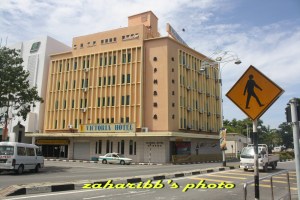 In this posting, I am compiling all my blogs about my visit to Labuan. Just click on the links provided to read further.

The first time I visited Labuan after 1975 was in 2004. I was housed at the Sara Hotel at Jalan Dewan. The status is between luxury and budget and affordable to most people. One advantage of staying at Sara is the availability of a good Malay eating restaurant just next to the hotel. It is also just walking distance to the Ujana Kewangan the largest shopping complex on Labuan Island. The Labuan Tourism office and Labuan Museum is just 5 minutes walk away. Labuan library is also within walking distance. Round the corner is the nightspots for those who like to spend the night boozing.

In 2007 I came to Labuan again and stayed at the Labuan Waterfront. Read about my stay HERE.

One place that visitor must take the opportunity to visit is the chimney, a unique and historical landmark of Labuan. It is situated at Tanjung Krubong, Labuan. My journey with three other friends made a stop and it is my first visit to this landmark after a few visits to Labuan. The chimney is part of the effort to generate power using coal when the British was stay on the Island  in 1800s. The most visible sight of the chimney is it  is constructed using more than 34,000 blocks of red brick and was imported from England. 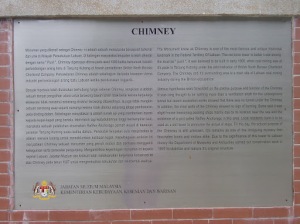 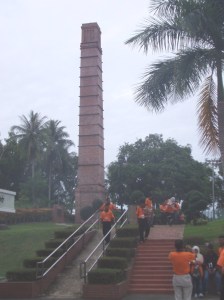 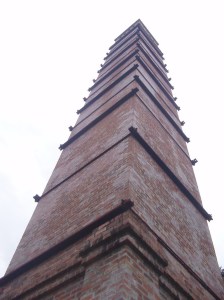 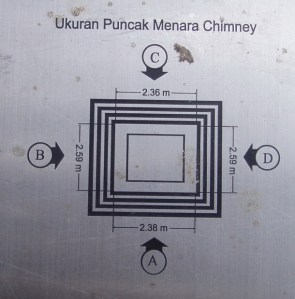 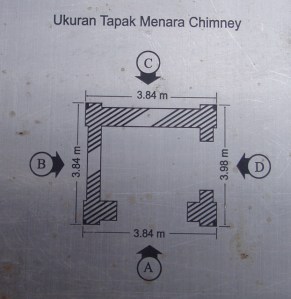 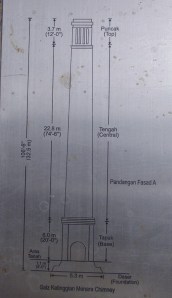 We then proceed to the Peace Garden. Read my post about our visit to the Peace Garden HERE.
My last visit to Labuan was in May 2009. Read about my visit HERE.
If one visit Labuan, make time to visit Anjung Ketam for fresh sea crabs while enjoying the sea breeze and the moonlight on a clear night. Crab is the speciality of this seaside restaurant but diners must make a booking first because if you are unlucky it will be a sold out.
Labuan is also connected to Brunei Darusallam about one half hour away using the ferry that depart Labuan Jetty to Muara in Bandar Seri Begawan. Visitors can also travel to mainland Sabah by sea either through Membakut or directly to Kota Kinabalu.

4 thoughts on “Memories Of Labuan”