Fountains has been used as decorations in many buildings or on landsapces. According to Fung Shui fountain can be exactly what you need to equilibrate an environment, depending on its position according to the bagua map and how elements are distributed in it.
At the main entrance to The Pavillion in Bukit Bintang, Kuala Lumpur there is a beautiful fountain that greets visitors whether they patronise the mega shopping complex of just passing by. The fountain has three layers of different size bowl shaped water container stacked one on top of another and decorated with the bunga raya, the national flower of Malaysia.
During the day, it just look like any other fountain but when the sunsets, the beauty sets in. The lighthing incorporated and blended in different sequential colours turn the fountain into a beauty. You can be mesmerised by the changing colours. Just linger around and enjoy the beautiful colour that blend the water and the hibiscus design on the three bowls. 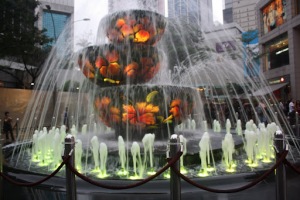 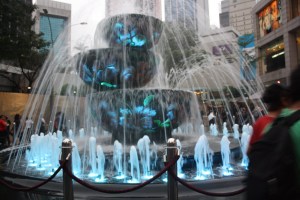 When Datuk Seri Azalina Othman Said was the Youth and Sports Minister, she initiated many activities for youth in Klang Valley to curb unhealthy involvements among them such as loitering, illegal racing and even drug addicting. Much of the concentration were focused at the National Sports Complex since it has ample space to conduct activities when safety has to be taken into account.

Youth were gathered on weekends at night for the Sukan Malam. When Datuk Ismail Sabry took over the ministry, he keep the activities going on and hence the setting up of the Youth Square next to the Bukit Jalil LRT Station. 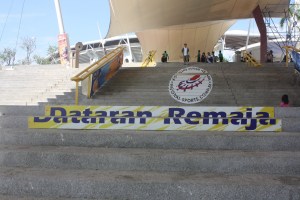 Activities at Youth Square is held every Saturdays from morning till afternoon. Activities rotates from time to time. Among the common activities are futsal, skateboarding, paintball, rollerblading. Mini exhibitions too were present at times. For reference of activities you can refer to National Sports Complex’s website HERE. 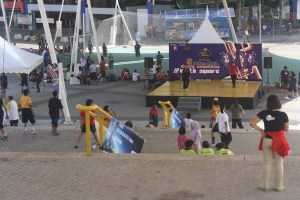 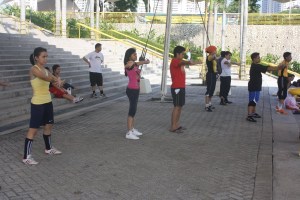 The year end school holiday is just round the corner. It will be travelling time for most families since their school going children will be on a long leave until next year. For many of us its a holiday season even though many are not related. Its time for staffs to take year end holidays and work flowing at a slower pace.
I have been subscribing to this website, foodstreet and occasionally receives newsletters from them. The latest that came into my mail is this foodstreet Hooray! Long School Holiday Contest. So for bloggers posting entries for the Blog4FT contest have another opportunity of winning prizes by entering this food contest. Hmmmm, its eat and win.

This is what you have to do.

What one have to do is to patronise the participating restaurants and what else….eat la………
EAT, PLAY and FUN
How to participate:

Malaysia is a food haven and in Kuala Lumpur there is everything about food under the Malaysian sky (even all over the world). I think I am not exxagerating if I were to say that Kuala Lumpur ; Truly Malaysia. 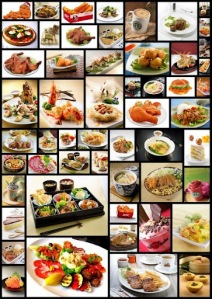 So, what are you waiting for? get your camera, go out and eat, snap pictures……

Did you ever heard people saying; ” In Malaysia nobody dies due to hunger but dies because of eating.”

This series is a continuation from Walking Walking Kuala Lumpur – The Beginning……………………
One of the most visited places for visitors to Kuala Lumpur before Petronas Twin Tower is Dataran Merdeka or Merdeka Square. Its a place that cannot be seperated from the history of Malaysia on the whole.  Independance of the Federation of Malaya and Malaysia remains as nostalgic memories. For that reason the National Day of Malaysia every 31st August is very significance to this area as host. 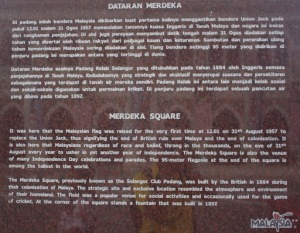 Dataran Merdeka can be considered as one of the nucleus for heritage buildings in Kuala Lumpur. All around this field there are concentration of heritage buildings since it was one of the earliest developed site and located just at the confluence of Sungai Klang and Sungai Gombak, the birthplace of Kuala Lumpur. Looking at Kuala Lumpur’s distribution of communities in the early days this can be attributed to the colonial immigrants from the West.

Among the heritage building here is of course I think is the most captured building on photo of Kuala Lumpur, the Sultan Abdul Samad Building.

It was site, that the Union Jack was lowered and the flag of Malaya was hoisted on 31st August 1957 marking the Independance of Malaya. Today, to mark that historical event of hoisting the flag of the Federation of Malaya, stand a 100 metre flag post, the tallest in Malaysia (and among the tallest in the world)  erected at one end of the square.

For visitors to Kuala Lumpur taking the Hop On Hop Off bus, can disembark at bus stop 16 just next to the St Mary’s Anglican Church. From here just walk across to the field that was once a cricket pitch where matches were played during the colonial days. However, today, since cricket is not a popular sports in Malaysia, one can hardly see people playing anymore on the pitch except for official events organised  once in a while. This open filed also hosts varieties of events occasionally. However it has already been renovated from the original ground in 1990, that will be very soggy after spells of rain. Just below this field (underground), is the Plaza Putra housing cimeplex, tourist information centre, food court and some small shops. There is also a 600 car parking bay.

Below are series of pictures of heritage buildings around Dataran Merdeka 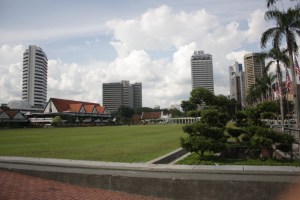 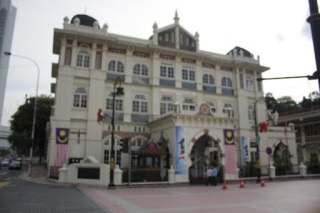 Above: A fountain to commemorate Queen Victoria’s Diamond Jubilee at one end of the Square and was built in 1897
Below: The route I took from where I ended the previous entry in this series. This series ends at the bridge across the Sungai Klang and next in the series will be Central Market. Do visit again…………………..

Above: The Loke Yew Building. Read about Loke Yew HERE.
Below: Part of a structure of a heritage building was preserved when the Menara Patriot that belongs to Bank Pertanian Malaysia (now known as Agro Bank) was built. This series of Walking Walking Kuala Lumpur stops here. See you again in the next sreies……………. 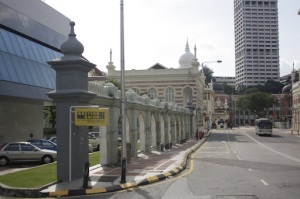