Kuala Lumpur as the national capital of Malaysia has been hosting International sporting events from time to time either on competitive level or just charity based. I can still remember in 1975, the world concentrated on Kuala Lumpur when boxing legend Muhammad Ali fought Joe Bugner at Stadium Merdeka. It was telecast live all over the world.

Besides individual events, Kuala Lumpur has never been left out in the regional Games that is SEA Games. To date, Kuala Lumpur had hosted two SEAP Games in 1965 and 1971 before it changes to SEA Games (1977, 1989, 2001) with the inclusion of Indonesia, Philippines and Negara Brunei Darussalam. 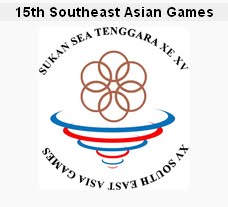 Kuala Lumpur has been selected as host in 5 previous games and the most successful was in 2001 when Malaysia emerge as overall champion ever.

It was one of the most successful games ever and Malaysia not only was given credit as best organisers but the Malaysian contingent to hauled the most ever Gold medals in its history of taking part in the Commonwealth Games.

KL FESPIC 2006 hosted in Kuala Lumpur is testimony that the disabled are not neglected. The success of the game was an eye opener to Malaysians that physical inability is not a stumbling block to show prowess on the sporting arena. In fact the para athletes had proven that they are among the best athletes in Asia and Pacific and among themselves they are better as compared to the normal athletes.

Malaysia is still one of the world power in the sports of Badminton ever since Malaya beat Denmark 8-1 in 1949. As Malaysians we can be proud too that we are one of the three nations in the world that has won the Thomas Cup since its inception. The other two are Indonesia and China. Kuala Lumpur had hosted the final of the Thomas and Uber Cup in 1970, 1984, 1988, 1992, 2000 and had only won once on home ground that is in 1992 after beating Indonesia 3-2.
The players who won the cup were the Sidek brothers Rashid, Jalani and Razif, Foo Kok Keong, Cheah Son Kit, Soo Beng Kiang and Kwan Yoke Meng.
FEI World Cup Show Jumping was also held at Putra Stadium in Bukit Jalil in 2006. 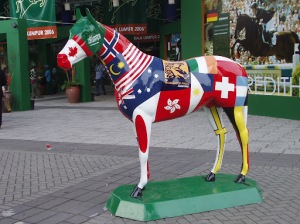