Astro launched a new channel to cater for sports called Astro Arena. It will be aired on Channel 801 as part of the Family Package and will be Malaysia’s first and only 24-hour  sports channel focusing on the development and achievements of local sports and national athletes. The channel will be on air from 26 Mac 2010.
Viewers will then be able to monitor the progress and developments of Malaysian athletes through variety of sporting programs both domestically as well as internationally.
The launching ceremony was officiated by Minister of Youth and Sports, YB Datuk Shabery Cheek at Olympic Council Malaysia Hall today (18 Mac 2010).
In his speech Datuk Ahmad Shabery thanked Astro for taking up the challenge of building the sports industry in Malaysia and also achieved his mission and dream of having a local televisyen channel dedicated to sports since he was the Minister of Information.
Some of the key feature of the new channel:

(Picked from the program pamphlet of Astro Arena launching ceremony)

among the program in the early stage as stated in the souvenir program among others are:
Arena Selasa 8.00 – 11.00 pm
live coverage of Malaysian Super League (MSL)
Nadi Arena 7.30 pm daily
Daily sports news television that will cover all the breaking news, current happenings and issues in the world of sports, locally and internationally
Arena Bola Jumaat 8.00 – 11.00 pm
Live coverage of Malaysian Super League (MSL)
Formasi 8.00 pm Wednesday
Football magazine chat show that highlights local and international football.
Aktifpedia 8.00 pm Thursday
A show that promotes and introduces all types of sports.
Satu masa dahulu
A series of vignettes and clips, highlighting the achievement of the nation’s sporting legends and also greatest moments in the history of Malaysian sports.
Kafe Sukan
Casual/laid-back talk-show with elements similar to chats/conversation with friends 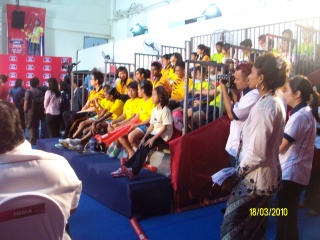 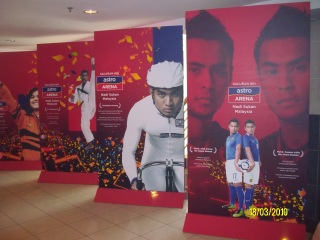