28 March 2010 is quite a memorable night for me. I attended the prize presentation ceremony for the BlogforFT contest and I had won a Blackberry and two Celcom Broadband stick with one month free access. Eventhough it was just a consolation prize (Special Jury Award Prize), but to be able to win something is quite an honour. What more out of more than 4,000 submission, my blog falls in the top 25. I even emerge as the Top 5 highest contributor.
The presentation ceremony packaged with dinner was held at the Sime Darby Convention Centre in Bukit Kiara. It was a much awaited moment for the winners after more than two month waiting since the contest ended. The event was attended by the Minister of Federal Territory and Urban Wellness, Datuk Raja Nong Chik, who gave away the prizes. 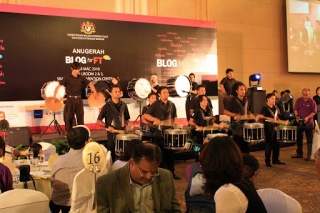 The grand prize winner for the open category was won by Emila Yusof who walk away with a Peugeot 308 VTi while nikicheong (Cheong Peck Beng) with a Kia  Optima Novus in the media category. 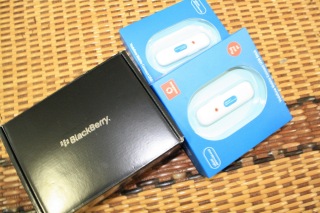 Thanks to the judges for selecting my posting as among the 25 blogger to win the special jury prize and also the Top 5 contributors.