Like Loading...
FIFA World Cup 2010 is getting closer to the end. The round of 16 has been played and now it enters the Quarter finals and matches will be played on 2nd and 3rd of July 2010. Four South American teams represented all the four matches, two European teams and one African. 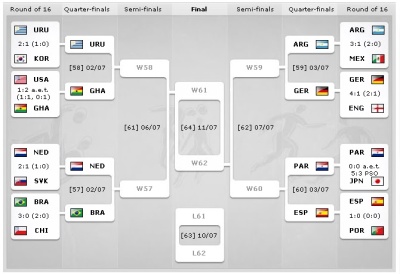