Skip to content
There was night action at Xtion Paintball in Bukit Jalil on 22nd and 23rd January 2011. I was sitting in front of my computer and heard the cry, “Ten seconds!!……..3!….2!….1!…..Game on……”. Then after sometimes “Game over!!!!……” I know its paintball. So, on the second night I decided to go to Xtion Paintball field behind the National Hockey Stadium to witness what night paintball is all about. Actually my friend inquired about our team playing the tournament and create history for ourselves. first to play at night and then its the inaugural tournament in the country. However we, don’t have enough players to join and I forgot about it until last night.
It was the Energizer Night Strike Paintball tournament and of course played at night.

When I arrived at the venue, saw that the layout is different from the one I use to play. It is more of a scenario setup with teams trying to outdo the opponent. I manage to take some pictures, but seems it is night and my camera setup is on ‘no flash’, the picture is of a very poor quality. Or because of the poor skill of the man behind the camera? LOL.

During the ‘war’ minimum lights were used and this is when players have to be very sharp, looking out for the opponent to shoot at and elimminate him/her . Players wear normal paintball gear with the addition of reflective strips on their hands, legs, and body. 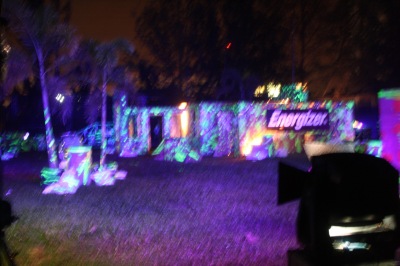 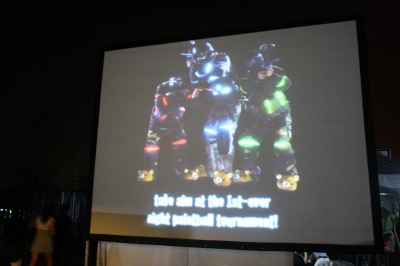 As I have mentioned earlier, this is another milestone in the history of paintball in Malaysia with the first-ever night paintball tournament with 25 teams taking part .

One thought on “Nightstrike – Paintball”