It was an event organised by Denaihati for bloggers to meet up for an evening to get to know each other and hear what other successful bloggers sharing out their experience. The event was called #SBB2013 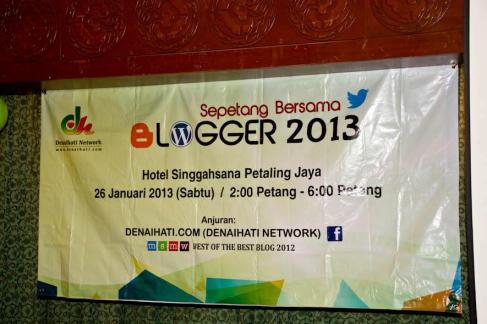 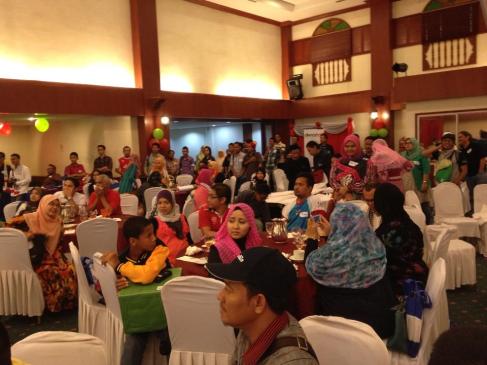 The event was held at Hotel Singgahsana in Petaling Jaya and about 200 bloggers attended the function. Local bloggers and some who came from Indonesia, Brunei and Cambodia made #SBB2013 a successful outing for the bloggers.

Attendees were treated to two mini forums where great names in Malaysian blogging fraternity share out their experience and tips to put their blogs as forerunners. Zarulumbrella, who is a blogger presented a few songs to entertain the crowd. 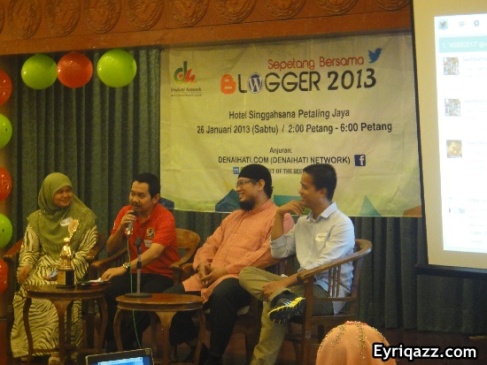 A second mini forum was also held after a series of lucky draws and blog competition prize giving. This mini forum was moderated by broframestone with a panel consisting of CEO of amanz.my, yuyu zulaikha, and bang iwan from Indonesia.

Bloggers had a very fruitful evening to mingle among themselves and , they are celebrities in their own blogging world.

For me this #SBB2013 is another new experience to be part of a successful blogger meetup and consisting of totally Malay bloggers. I did attended another biennial blogger meetup organised by the Chinese blogging communities, blogfest.asia in 2010 in Penang.

Towards the final hours of the event, there was a talk calling Malaysians bloggers to do their bit as bloggers to open up minds of the people of the world about the plight of Palestinians in Gaza.  A donation box was passed around to. During the small presentation, some well known bloggers were elected as Official Blogger for Gaza. 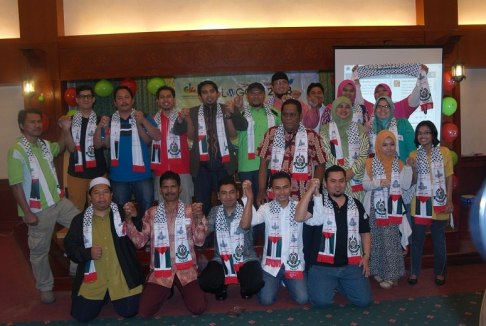 I was actually twice lucky at this #SBB2013. I knew about the event one day after the closing date for entries. However I sent a Facebook message to one of the organisers and was told that no more application will be entertained. About an hour later I received a message through Facebook that I can attend the function after another blogger pulled out.

During #SBB2013 I had another lucky star shining on me when I won a iPad Mini during the lucky draw. So, you never know that you are a lucky person if you give up way too early. 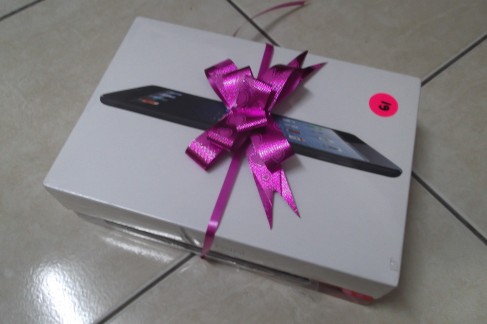 To staff and members of denaihati team and volunteers hats off and kudos to all of you. A effort in line with Prophet Muhammad’s sunnah, promoting silatilrahim. I am looking forward to future events of such kind.

Tales Of A Traveling Photographer