It has already been day 5 and still nobody knew what really happen to flight MH370 en route to Beijing that went missing from radar off the coast of Peninsular Malaysia. As the number of days increases, the number of speculations, predictions and incidents increase too, whether positive or negative.

Press conference apart where contradicting information were released, a shaman took centrestage. He was once very popular because had been engaged to unwind some high profile mysteries and maybe that lead him to be bestowed with an award from the ruler.

His ritual were however became a ridicule to many. Not enough his followup became a troll on social media. The ritual performed by three individuals sitting on a carpet, one rowing, the second and third waving a basket and two coconuts respectively. It brings back the memories of the late Tan Sri P Ramlee’s movie Laksemana Do Re Mi who saved a princess travelling on a flying carpet. This post on Facebook tells the similarity of the activities. The movie was produced in the 80s.

Thats not all. It came out to be more than just the comparison. Social media users are getting creative and this montage on facebook tells it all. 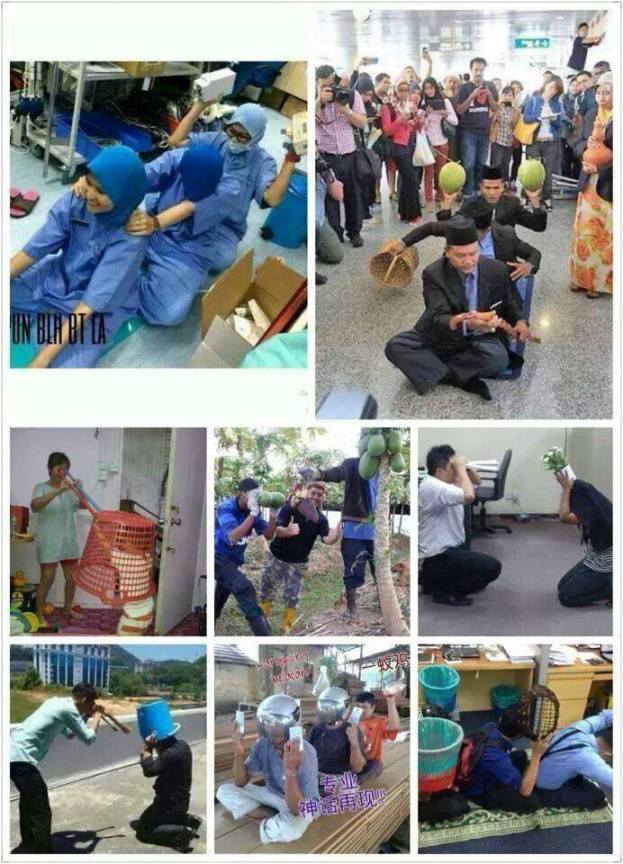 It even influence kids thinking when tested the use of a “bubu” (bubu is a toll to trap fish). He/she answered as to find missing aeroplane.

Whatever happens whether good or bad are all at the will of Allah. It is to remind us who is the Almighty and to him that we must surrender our life and soul. Every faith believe in the afterworld, rite?

At the time when Muslims all over the country are asked to perform the solat hajat (prayer for an intention), the act of the shaman came with practices that is religiously superstitious. He did mention that what he did was symbolic but whatever reason given it is can distort the faith. What is more surprising was that he said he was invited by someone of higher authority. Who is that higher authority?

The presence of the shaman and his rituals is actually a disgrace to Islam and its teaching but it is regretted that his ritual that  clearly superstitous is being supported by none other that the Minister in charge of Islamic Affair. Where are all the muftis, religious scholars, NGOS that support the Allah issues when this has to happen and viewed all over the globe.

Only Jabatan Agama Islam Selangor sent their official to KLIA to keep tap on unwelcome rituals. But the harm had been done.