It was reported that a man was found stuck to the floor of a house which he is trying to break in.

The rakyat of Pahang are lucky because they have Tunku Puan Pahang who has minimum barrier between them and the Palace. This was what I saw when we had an audience and lunch with her at AnCasa Royale Pekan. Her attendance was to launch the AnCasa Royale Pekan Ramadhan Buffet and meet the Sahabat Media CC1M entourage on a visit to Pekan for the Visit Malaysia Year 2014 program organised by Tourism Malaysia, Tourism Pahang, mmode and Santai Travel Magazine. 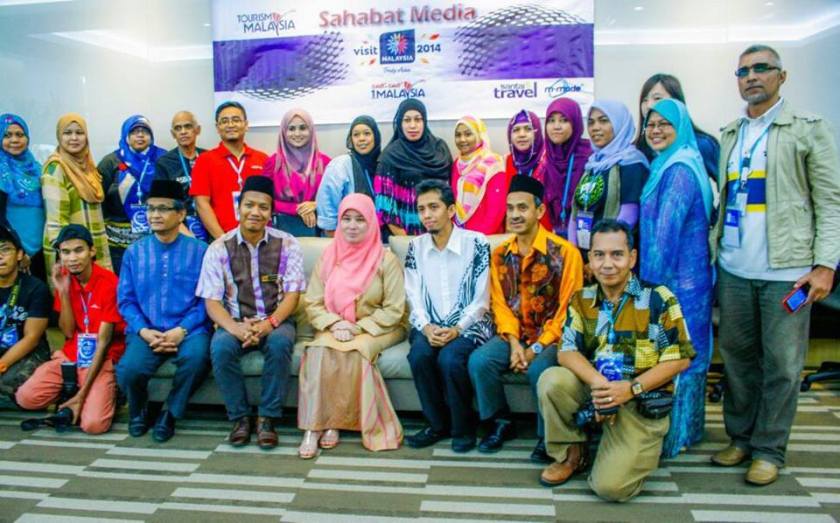 During our audience with her, the Tunku Puan Pahang related about what Pahang can offer on the tourism aspect and we were made to learn that the Pahang cuisine is closely knitted with the flow of Pahang River. Taste and texture of the same dish is different as one move from the upper Sungai Pahang towards the confluence. Then only I get to know that there is a difference of the texture of the Patin masak tempoyak between Temerloh and Pekan for example. The ‘kuah’ of Patin masak tempoyak is thicker in Temerloh compared to Pekan.

Tuanku Puan Pahang also talk at length about the Tenun Pahang Diraja, in which she was behind the name to promote the art of handmade cloth weaving to brand it as a Pahang product and she feels proud as an initiator. Not many are aware that the motif of Tenun Pahang Diraja is that  the border has a sepit udang motif, a line running parallel to the side of the cloth. Cloth weaving is being carried out in many parts of Malaysia and to date only Pahang had officially awarded the Royal tittle to it.

While being part of the Pahang Royal family, Tunku Puan Pahang who is the daughter of late Sultan Iskandar Shah of Johor, told us that she had travel all over Pahang to learn and collect local and traditional Pahang recipes and all her effort was compiled and published in a book Air Tangan Tunku Puan Pahang. The book was a sold out butwill be reprinted du to demand. It will be available later at MPH Bookstores and also at Muzium Sultan Abu Bakar in Pekan.

Throughout our audience with Tunku Puan Pahang, I was impressed at her humble attitude as if she’s not from the Royalty and will be the next Sutanah of Pahang, God Willing. She even sportingly join in the selfies with the media members as what a commoner does. The session with her was so casual and santai that made all of us feel so at ease because protocol was at a minimum.