In the latest development of the missing MH370 flight en route to China that went missing from radar in May 2014, debris believed to be from the aircraft was found on an island in the Indian Ocean, French Island of Reunion.

The Telegraph reported that wreckage found was believed to be moving part on the wing called a flaperon, that might be from the missing Boeing 777.

A Flaperon is is a type of aircraft control surface that combines aspects of both flaps and ailerons. In addition to controlling the roll or bank of an aircraft, as do conventional ailerons, both flaperons can be lowered together to function similarly to a dedicated set of flaps. Both ailerons could also be raised, which would give spoilerons. – Wikipedia

‘Weird thing on the shore’: The 6ft-long wing flap, which experts believe comes from a Boeing 777 like the Malaysian Airlines plane, was half covered in sand and had barnacles encrusted on its edges when it was found by Mr Begue and his team of beach cleaners

Xavier Tytelman‘s who tweeted about the flaperon found then was picked up and quoted by a few news portals. @WIRED  published as They must have found a peice of MH370. Read HERE.

The code will prove vital in identifying the aircraft and could help to verify the source of the debris within 24 hours. The code is believed to be a tag, or part of a tag, placed by manufacturers on parts of an aircraft to help identify it. The code could be a part number or serial number or bar code. – Telegraph

After news of the Flaperon found, another news appeared about a damaged suitcase also found. 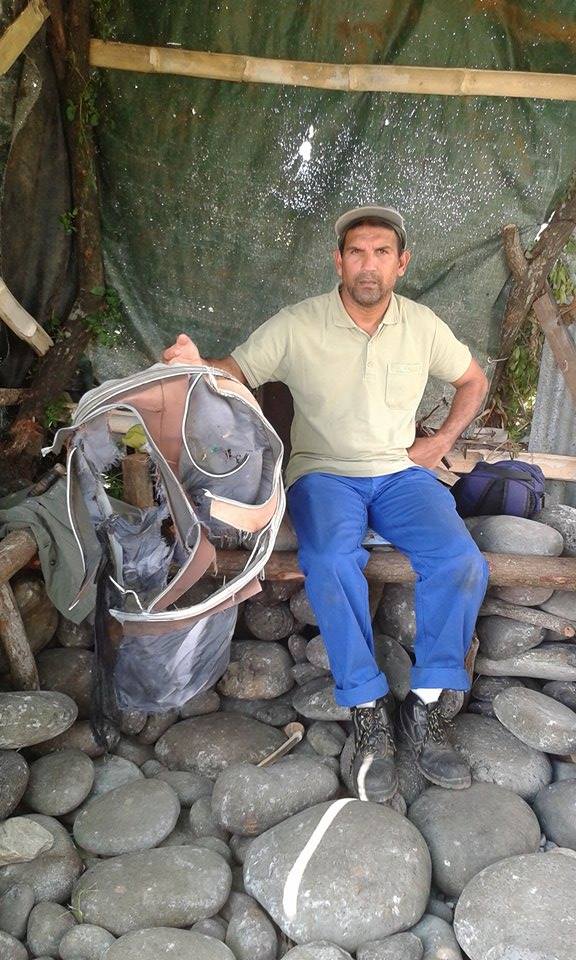 Beach cleaner Johnny Begue has spoken of the moment he stumbled across plane wreckage on La Reunion island, sparking speculation that it belonged to MH370. He is pictured with a shredded suitcase he also found on the beach which is also thought to have from the doomed jet

All photos are picked up from the internet and credited to the source.

However it has still to be determined whetner the debris found came from the ill-fated MH370 or other aircraft.

Even when MH 370 wreckages had been founf it is still far from answering why the aircraft went mysteriously missing.

Read the recall on the MH370 mysterious missing.