It was reported that Malaysia Airlines has lost contact with MH17 from Amsterdam. It was posted on their Twitter @MAS

This is what was published on The Verge Russian newswire service Interfax reported that a Malaysian passenger plane carrying 295 people was shot down with a Buk ground-to-air missile over Ukraine near the Russian border, according to an advisor to Ukraine’s Interior Minister. The advisor, Anton Gerashchenko, posted more accusations on Facebook, saying that the strike was carried out by Ukrainian rebels. He also posted a minute-long video of what supposedly is the smoking wreckage of the plane. A Reuters correspondent on the scene has confirmed the “burning wreckage of airplane, bodies on ground.” The Boeing 777 flight, Malaysia Airlines 17, was en route from Amsterdam to Kuala Lumpur. On Twitter, Malaysia Airlines has confirmed that it lost contact with a plane over Ukrainian airspace, but the cause is still officially unknown. The news comes soon after Ukraine said that a Russian plane had shot down one of its fighter jets, which would mark a new level of open hostility between the countries. That report has not been confirmed, and the spokesperson for one separatist group told The New York Times that missiles were fired by Ukrainian rebels from the ground, rather than in the air with Russian support. Russia’s defense minister reportedly said the accusation was “absurd.” Reuters Tweet @Reuters 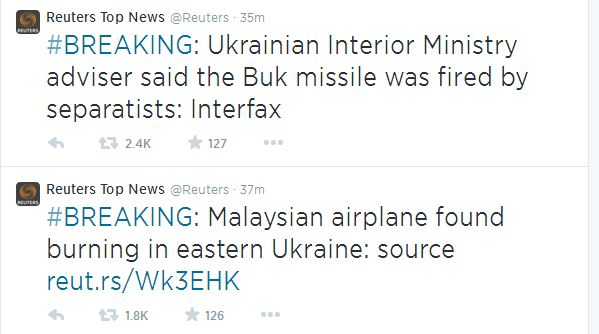 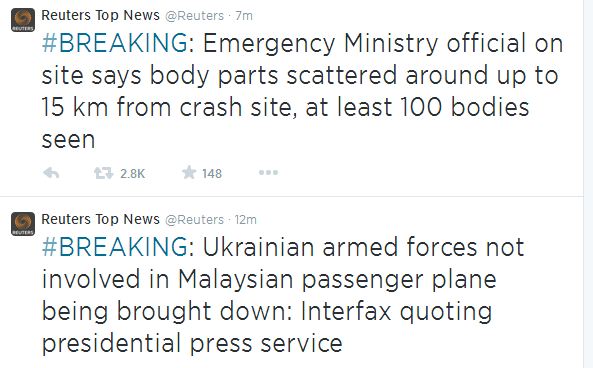 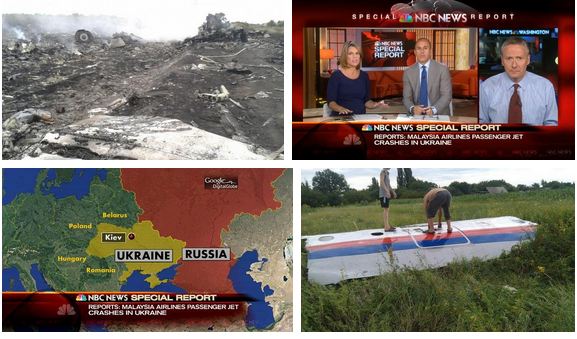 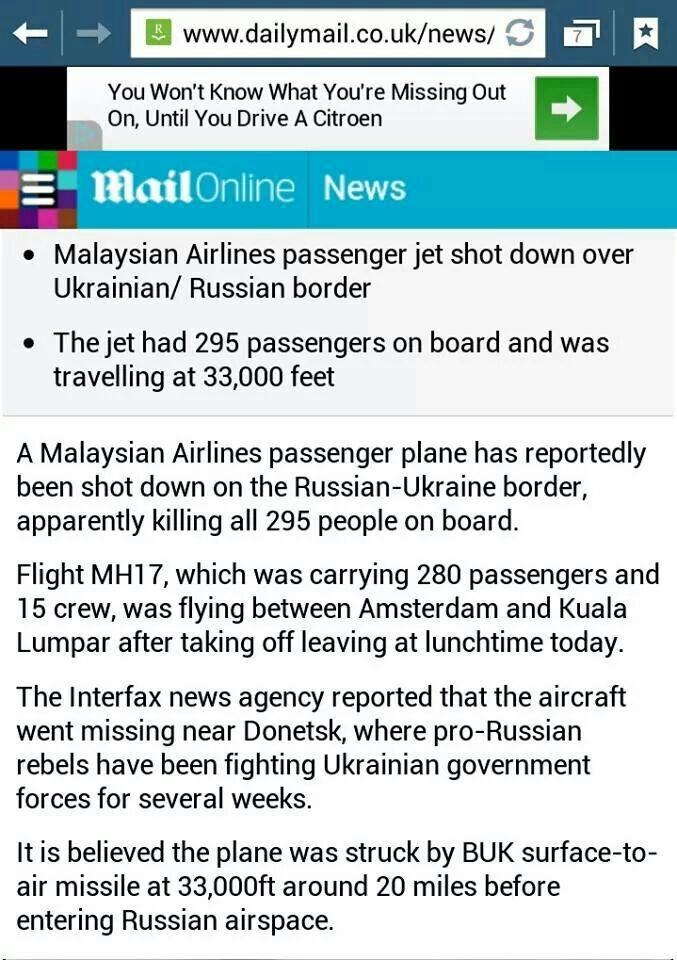